The aims of the project were

The project has demonstrated varietal differences in common scab in response to irrigation regimes. Maris Piper was clearly much more susceptible to scab than the other varieties examined and there was considerable evidence that other, less-susceptible varieties can be irrigated for shorter periods or at greater soil moisture deficitss than Maris Piper. A tentative grouping of varieties for common scab control using different soils and irrigation schedules has been produced. The potential to delay the start of irrigation until one week after tuber initiation is discussed.

Results from experiments examining the correct length of control period for salad potatoes, gave no indication that irrigation for 8 weeks was more successful in preventing scab than irrigating for 6 weeks.

Trials to assess the effects of the cloddiness of the ridge structure at planting demonstrated little effect on common scab incidence and severity and that irrigation regime was the over-riding factor in determining the level of control of scab.  Aggregate size distribution may have less effect on scab development than previously thought.

A substantial amount of new information on the microbial communities on tubers from different sites and seasons was obtained. Controlled environment studies showed that in the absence of microorganisms other than the scab pathogen, irrigation level alone was shown to have no effect on populations of pathogenic Streptomyces or on development of disease, indicating that an intact soil microflora is required to mediate control by irrigation.  However, across the tuber samples there was no clear correlation between particular microbial groups and a reduction in scab severity. As such, it was not possible to identify any potential antagonists of pathogenic Streptomyces that warranted further study.

Information on the detrimental effects of overwatering (during tuber initiation and the scab control phase) in relation to tuber cracking and nitrogen uptake is provided. Nitrogen uptake by plants was reduced by over-watering during the 3 weeks after TI, possibly as a consequence of nitrogen leaching below rooting depth and of denitrification. This reduced canopy size, canopy longevity and yield. Over-watering later in the season had relatively little effect on nitrogen uptake or crop performance, indicating greater sensitivity of the rooting system to waterlogging early in the crop’s life.

An experiment in 2011 showed that the cloddiness of the ridge structure at planting had little effect on common scab incidence and severity and that irrigation regime was the over-riding factor in determining the level of control of scab. Eight trials in commercial fields examining the aggressiveness of declodding on common scab showed no effect of web pitch, star spacing, rotor or forward speed on scab incidence and severity, indicating that ped size distribution may have less effect on scab development than previously thought. 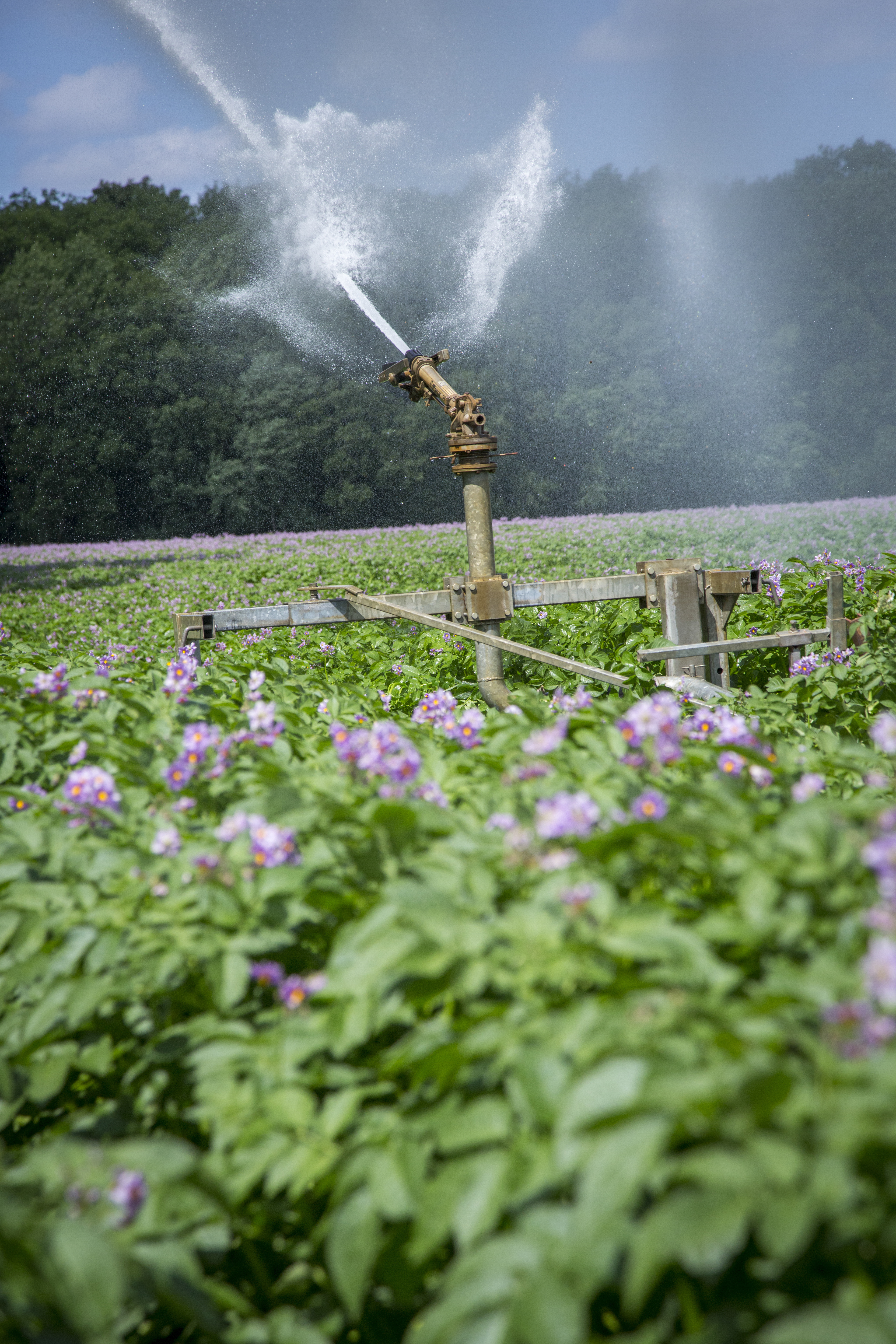