The large majority of the blackcurrant cultivars that are currently used by commercial growers have been bred at the James Hutton Institute in Dundee and many of these have been bred using germplasm from Scandinavian cultivars which offer additional cold hardiness for northern European climates. Climate change has resulted in mild wet winters for many UK growers and in many seasons, such weather patterns offer insufficient chilling to ensure that buds on blackcurrant bushes break evenly, and in some cases, buds don’t break at all. This not only results in reduced yield potential, but also uneven bud, flower and fruit development, which does not lend itself to a single pass with a blackcurrant harvester, whilst leading to more under-ripe fruit being picked and lower marketable yields.

To address this problem, an IUK funded project led by NIAB EMR and the James Hutton Institute with blackcurrant industry support, developed models of chilling requirements in some commercial blackcurrant varieties and identified bark applied nutrient sprays which may induce budbreak, even in the absence of chilling. However, the work has not followed through to harvest to look at yield or quality. Lucozade Ribena Suntory Ltd (LRS) process a very large proportion of blackcurrants in the UK and routinely sample the crop for quality when processing. They also have access to management data including information on the application of nutrient sprays. During and since the conclusion of the IUK project, several growers have been trialling areas with and without bark applied nutrient sprays. Both the James Hutton Institute and LRS have access to weather information covering the areas in which the growers operate, often from sensors at the grower locations.

AHDB commissioned the James Hutton Institute to undertake this desk study, which aimed to provide insight into the effect of these sprays used by blackcurrant growers across the UK in 2020, taking account of the location, variety planted and whether the chill requirements were met.

This information was last updated in 2020. 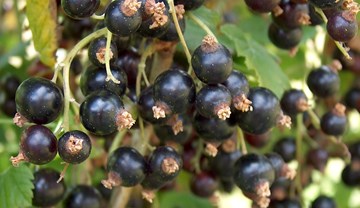